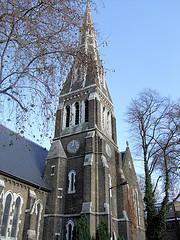 Maldosas people look for of some form to infiltrate in the head of the people, the fidiciary offices, the false idea of that the Church Catholic practises the cult of worship of images. She is certain, this is not truth, what the Church makes of this the primitive church of the first century is to make cultured of veneration, respect, gratefulness those people who had given true certifications for Christ, Sir Ours. The first Christians had given example of this. Many of them had been tortured and died by the emperors, exactly because they had opposed to adore the Roman statues of deuses, (Hebrew 11,35-39). However, these same Christians who if had not bent ahead of the dolos, had fulled its cemetaries (cataculbas) of paintings, also of Santssima Maria, and ahead of them and on the bodies of mrtires buried there the God made its acts of cult. They very knew well to distiguir enters worship and veneration to the Saints. In the Average Age, the paintings and the statues of Jesus, Maria and Dos Santos, placed in the Churches, spoke to the heart of the people much more of what many words and writings and this until today it happens, an image say the times more than a thousand words.

Therefore, if we Catholics venerate the Saints because of its pursuing the Christ, we are giving homage to the proper Christ, author of the sanctity. The cult to the saints does not move away in them from Christ; before it approaches in them To it. Exemplificamos this love in the words of Jesus. Love. To love the next one. Thus, when I love my next one as brother, I am not diminishing with this my love for God; in the other I am loving God. To venerate a saint is the same that to proclaim the victory of the action of the Espirito Santo in it.